The life cycle of termites begins with the mating of two reproductive termites of the opposite gender. They leave their colonies to procreate and after fertilization winged termites land and shed their wings and go on to form new colonies. And those insects become the new king or queen of their respective new colonies. The king and queen are the centre of the termite life cycle and are responsible for reproduction. 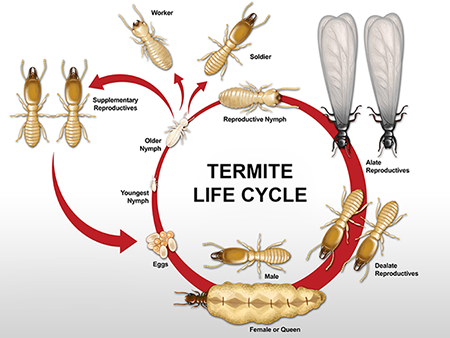 After the fertilized queen lays her eggs, which are small, translucent white and ovoid in shape, and they hatch into pale white larvae. Over time, they grow and go on to take the role in any one of the three termite castes:

Each caste has quite a different physical appearance. 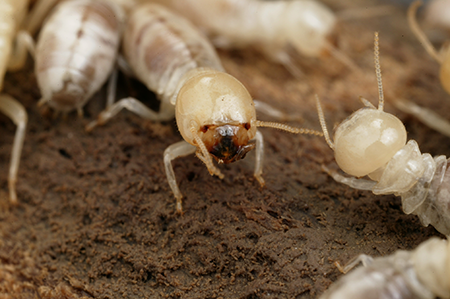 The workers are responsible for creating tunnels and chambers as well as feeding the other termite castes. 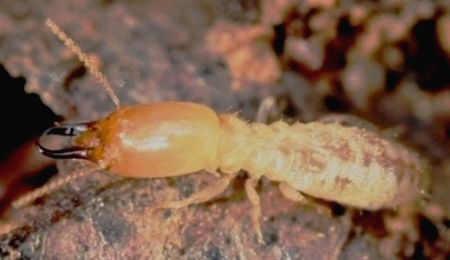 Soldier termites are yellow-brown in colour with unusually enlarged head and large mandibles. They are preferable in combat but as a drawback, they cannot feed themselves. 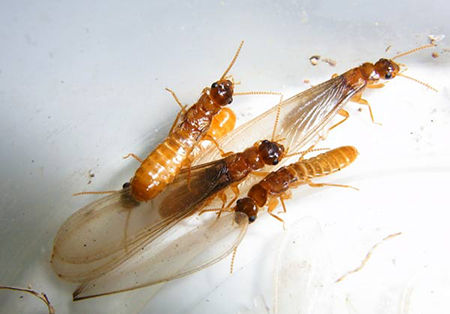 The reproductive alates are darker in colour and are born with two pairs of wings.

It’s not quite clear on what grounds the larvae are relegated to a certain caste, but research indicates that maturity and the overall needs of the colony may dictate that assignment.

In fact, research also indicates that castes in the termite society are not firmly set, as termites belonging to one caste may develop into another caste if the colony needs it to be.

For example, a soldier termite can turn into a worker or a reproductive one if there’s a shortage of any one of them in the colony.

Workers and soldiers generally live for 2 years while the Queen termite may survive for over a decade in optimal climate conditions.

Wish you all the best for your fight against termites.