How To Deal With Spider Bites 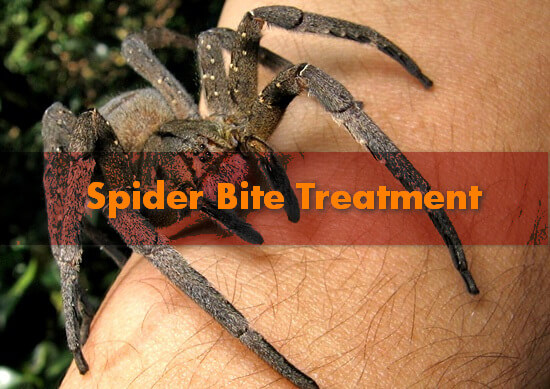 It is important to note that bites from these 8-legged arthropods are not always harmful. This is because most spiders are not poisonous especially those found within home residence. The only real problem you can experience is pain and itchiness on the area bitten by the spider. Although most spider species are not dangerous, there’s a portion of the population which are poisonous and their bites need to be carefully handled.

There are several spider species which are found within home residences. Where do they come from? Well, some are outdoor spiders which come into the house as they wonder around. They include a variety of hunting spiders and web-building spiders alongside some harmful spiders like the black widow and brown recluse (violin spider) which hide away in the attic. How to identify various spider species.

Just because you found a bite on your arm or leg, don’t be haste to conclude that it’s a spider bite. There are several animals especially insects which use biting mechanism as a means of protection and this is why you should first be sure what really bit you. Like earlier said, not all spider bites are harmless and it is important to identify which spider bit you because the outcome is not always the same. A spider bite is characterized by local redness, irritation, pain and in extreme cases, a swelling.

Identifying spider bites is not always a sure form of being certain that it was indeed a spider that bit you. Symptoms associated with spider bites are;

Whether poisonous or not, it is important to treat spider bites. In the case of black widow and recluse spider bites, it is advisable to seek medical attention as they contain poisonous venom which could lead to death.

Most spider bites don’t require a visit to the doctor as they will heal on their own. You could use the following home remedies to relieve any pain and swelling you might be experiencing from the bite.

To know read  how to get rid of spider

Chances of being bitten are surprisingly low. Most times spiders will bite, if and only if you disturb them, naturally they don’t really want to bite you. On the contrary, spiders tend to avoid people and that’s why they tend to stay far away from humans and even run away to hide when you come near them. You should also note that most spiders don’t have such strong fangs to pierce through human skin so no need to be afraid of them.

2 thoughts on “How To Deal With Spider Bites”