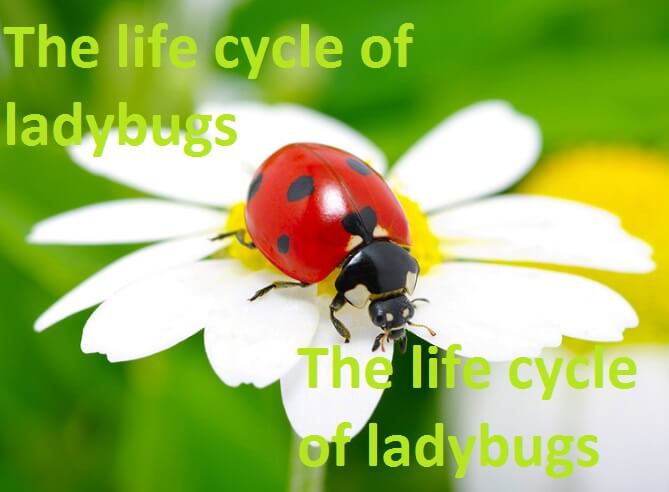 Ladybugs are known by various names such as ladybug beetles, lady beetles, and ladybirds beetle. Several people like ladybugs because of their spotted and colorful look although most farmers are fond of them for their appetite. They are a very useful group and are natural enemies of several insects, most especially aphids and other sap feeders as well. By doing so, they assist in crops protection.

In spite of what they are called, all these beetles belong to the family called Coccinellidae, and they lay hundreds of eggs within the colonies of both aphids as well as other plant-eating pests. All ladybugs develop via a four stage life cycle referred to as complete transformation, and when they hatch, the ladybug larvae begin to feed instantly. The full life cycle stages are further explained below: 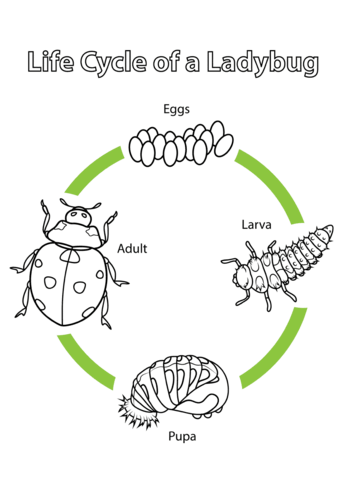 Just after mating, the female ladybug will then lay a bunch of between 10 to 15 eggs on a plant with appropriate prey purposely for her offspring to feed on as soon as they hatch. Habitually, she will select a plant which is infested with aphids. Surprisingly, during early summer and spring, one single female ladybug can produce 1000 eggs approximately.

According to scientists, they believe ladybugs can lay both sterile and fertile eggs in the cluster. The larvae that have been hatched recently will feed on the infertile eggs if aphids are scarce or not sufficient. Larvae come out of their eggs in around 4 days; however, species along with environmental variables for example temperature might extend or shorten this time frame.

A ladybug larva appears just like small alligators, with bumpy exoskeletons and elongate bodies. The ladybug larvae are black having brightly colored bands or spots in numerous species. Mainly in the larvae stage, they feed insatiably. Only one larva can eat dozens of aphids in a day. Conversely, they feed on other soft-bodied plant pests together with adelgids, scale insects, eggs and mites too.

Another thing with ladybug larvae is that they do not single out when they feed, furthermore will at times eat ladybug eggs. Besides, it feeds until it incredibly grows big for its cuticle, at that point, it will molt. After molting, the larvae in the second instar, frequently, ladybug molt through four instars, or larval stages, before preparing to pupate.  What’s more, the larva will attach itself to a leaf or other surface when it is ready to pupate.

During its pupal stage, the ladybug is known to having orange or yellow with black markings. It remains still and attached to a leaf all over this juncture. Besides that, the ladybugs body goes through an amazing modification, directed by particular cells known as histoblasts.

The function of the histoblasts is to control a biochemical process by which the larval body is split down and reformed into the mature ladybug. The pupal stage might last for 3 to 12 days; it all depends on the environmental variables like temperature as well as species.

Imago’s or newly emerged adults have soft exoskeletons, which makes them vulnerable to predators until their cuticles harden. What’s more, they also look yellow and pale as they first emerge, although they soon expand the extensive and shiny colors for which ladybugs are identified.

Finally, adult ladybugs like to feed on soft-bodied insects, just what their larvae do. The Adults frequently hibernate into aggregations. More importantly, they mate shortly after becoming lively again in spring.