How to use Hydrogen peroxide to kill fungus gnat 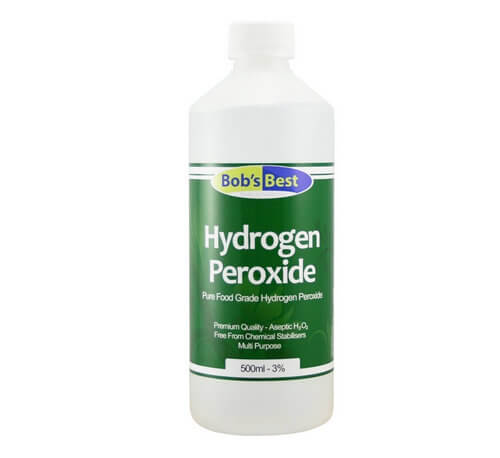 Fungus gnats are a big threat to your indoor garden. They are the reason for your peace lilies withering and dying. Besides, being a carbon dioxide lover they hover around your nose, thus annoying us in the process.

Note: The soil will start fizzing after application and this is normal.

Repeat watering your plants with this solution until there is no more gnat problem.

Thus, hydrogen peroxide is very good at stopping the growth of fungus gnats.

For adult gnats, use a solution of two tablespoons of vinegar and few drops of dish soap as a trap.

Note: You can increase the vinegar content in the solution if the problem persists.

Some other similar solutions

You can also use neem oil to kill and prevent gnats in your surroundings.

For this, mix neem oil with water as per manufacturer recommendation. Use this solution to water plants. The neem oil is very effective at killing fungus gnat larvae. Besides, a layer of neem oil solution will also prevent adult gnats from breeding on the soil.

Essential oils of peppermint, rosemary, cedarwood, eucalyptus are known for their gnat repelling properties. Thus, you can use a mixture of these essential oils (2-3 will suffice) with some distilled water and few drops of vinegar as an effective gnat repellent.

Fungus gnats won’t be a problem…

If you follow the steps mentioned above to use hydrogen peroxide as a remedy. We hope you can use this information to keep your peace lilies safe.

Were you able to drive the gnats away with hydrogen peroxide? Or, did you use another remedy?

Let us know in the comments.