Spiders are eight-legged arachnids which are quite scary although most are not harmful however, most people have developed fear against this creatures. The thought of sleeping in a room with a spider can be terrifying. Whether dangerous or not, most people prefer a spider-free infested house and are always looking for means to get rid of them or drive them away for good. In the ultimate guide to control spiders, there are directives to follow and apply that will help you control spiders and keep your home free of this arachnids.

Quick Navigation
Types Of Spiders
Common House Spiders :
The life Cycle of Spiders
Are Spiders Harmful?
Spider Bites Treatment
How To Get Rid Of Spiders
How To Kill Spiders Naturally
Natural Spider Repellents

Spiders are categorized in two different main groups. Web-building spiders consists of spiders which spin webs and sit there while waiting for prey to get caught in the web and feed on them. Such spider species include the red back house spider and the black house spider. The other group is the running spiders such as huntsman and white-tailed spiders which are adapted to run and hunt for prey on their own. 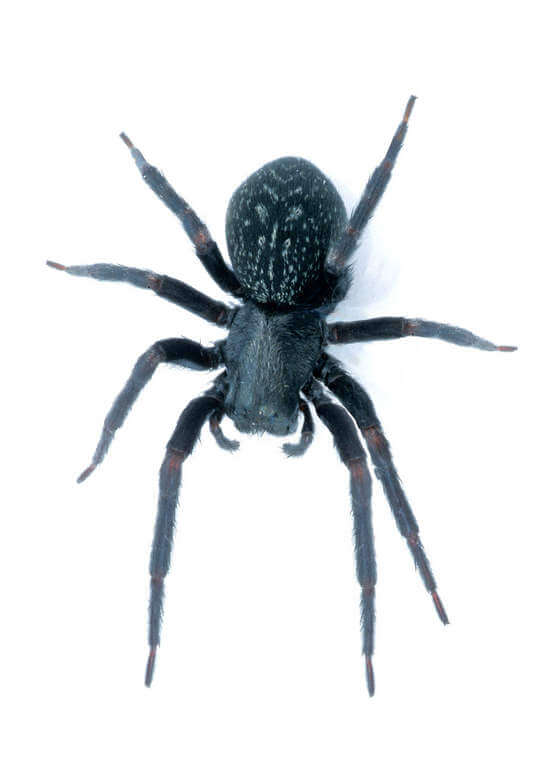 The black house spider has a robust body size with a black appearance and sometimes brown and a charcoal grey colored abdomen. Inside houses, they’ll form webs on window frames and on the walls. The female black house spider is known to stay on the web and keeps on repairing it when damaged. Bites from such a spider can be poisonous but they are not fatal. 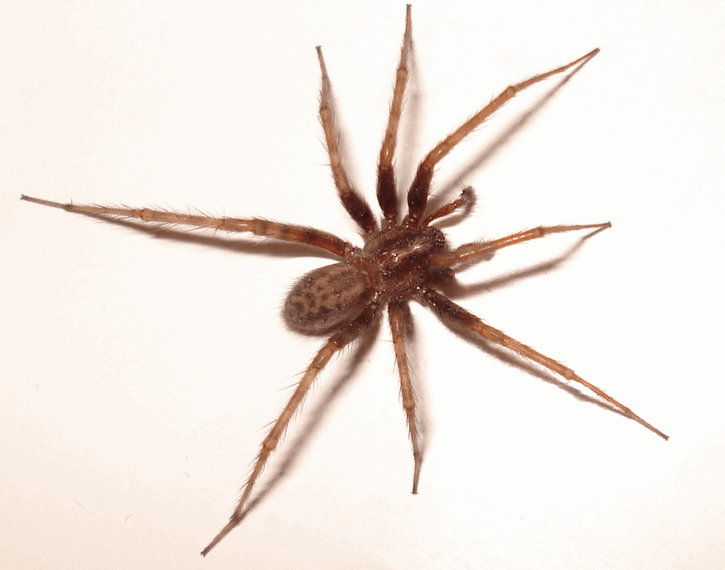 Most house spiders have a yellow-brown appearance and an elongated abdomen. They are harmless and they don’t pose any kind of threat to those living inside the house. Common house spiders will live high up on the wall corners, under furniture, in crawls spaces as well as inside closets. 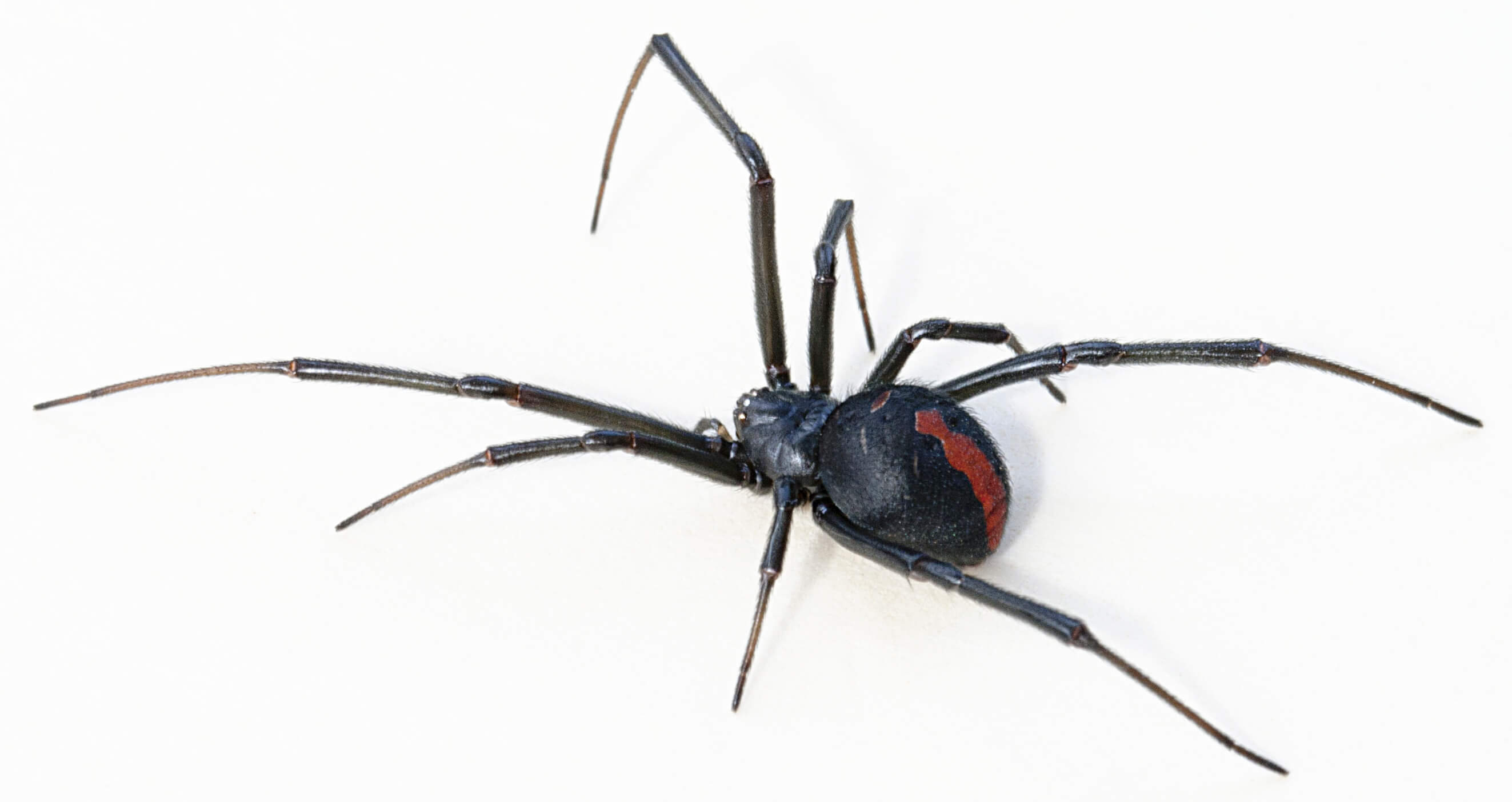 This black shiny spiders with an hourglass shape on the back, red in color are often found in wood piles and love places quiet places with minimal disturbances. The male black widow rarely bites whereas the female black widow is aggressive and will bite as a defense mechanism. If you’ve been bitten by a black widow spider, you’re likely to suffer from fever, sweating, nausea and increased blood pressure. 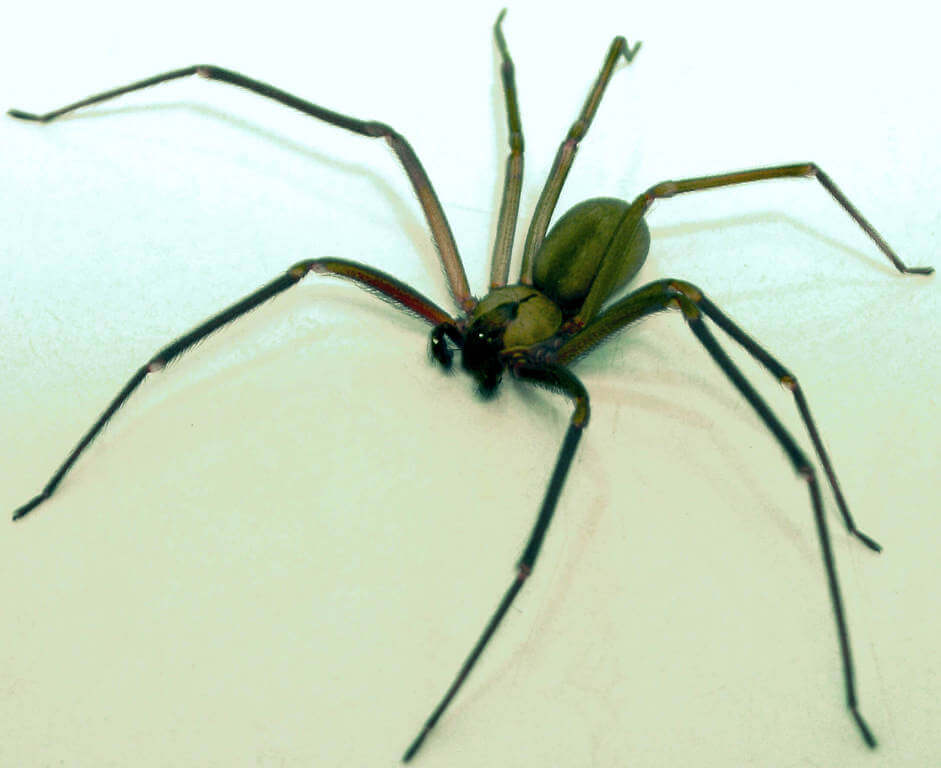 The brown recluse spider is also known as a violin spider due to the dark brown violin marking on its back. They’re usually brown in color and can either be dark or light colored. Mostly seen in the outdoor setup but may accidentally get into the house and will hide inside storage areas, under furniture, in crawl spaces, attics, closets and baseboards as well as window moldings. The brown recluse spider will only bite if it feels threatened. The bites are painful and can form lesions and you will most likely feel uneasy and find it difficult to sleep and experience fever. 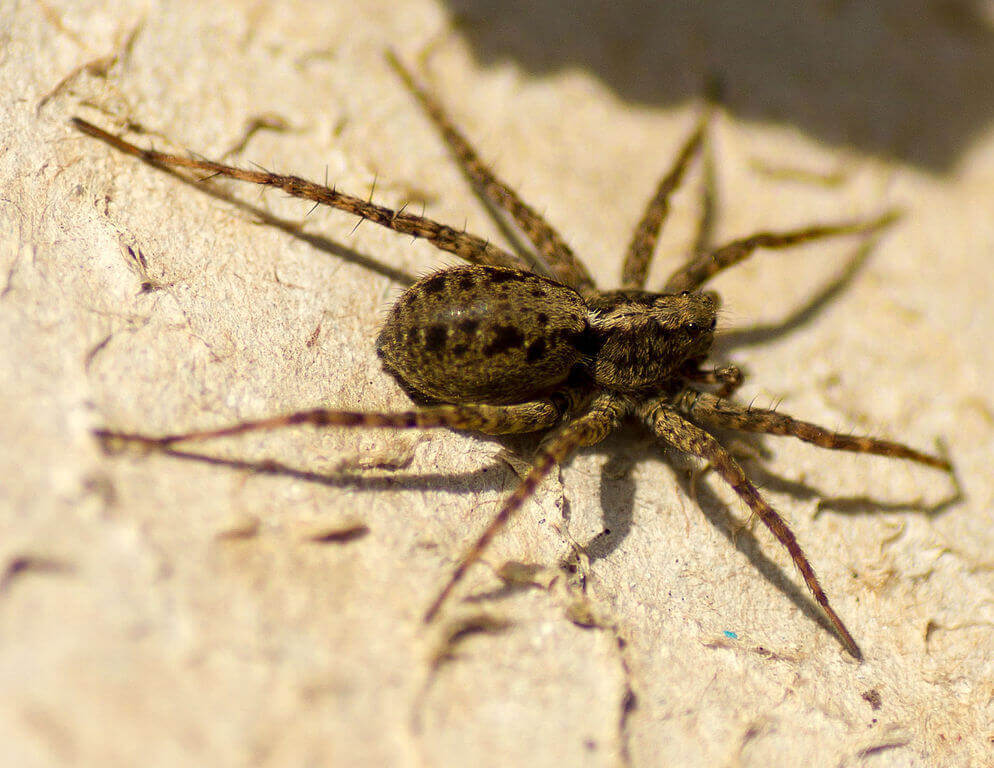 This is a dark brown spider with pale brown marking on its body. They will most especially stay on the floor or close by where you’ve placed furniture and along the walls. They may bite, yes however it is very rare and will do so if provoked. 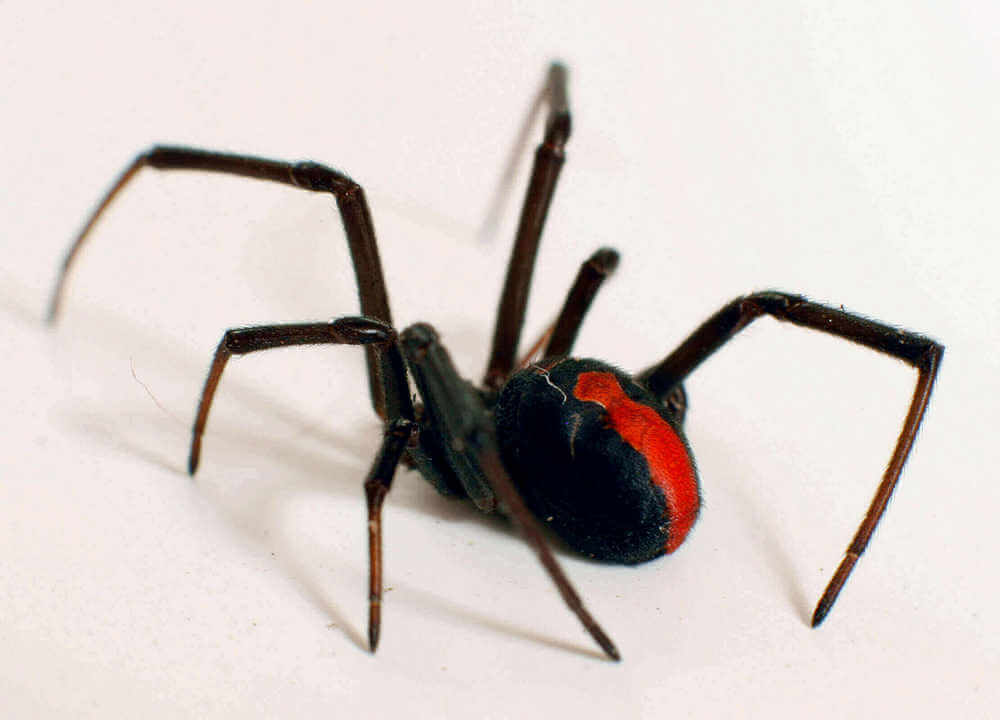 A redback spider is black in color with a distinctive red color on its back and in some spiders can appear orange. They’re commonly found outside although can wonder inside the house where they’ll find a suitable habitat to live in. they form a triangular-shaped web which is quite sticky and helps in capturing prey.

You can gather more information about Common House Spider

The life Cycle of Spiders 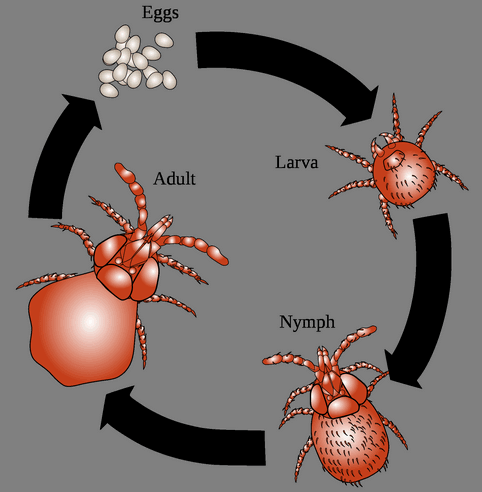 Spiders undergo four different stages. After mating, where the male spider deposits his sperms into the female’s epigyne, the female spider retracts to a safe place to lay her eggs. The female spider will lay the eggs in a sac and then will attach it on an object such as a plant. The eggs will hatch into spider lings which are small replica of the adult spiders only smaller in size and sometimes lighter in color. The spider lings will undergo 5-10 molts in their lifetime before they become adults. Spiders will not survive long enough in the wild however, in captivity they can live for more than 2 decades. The new adult spiders will start reproducing new offspring and the life cycle starts all over again.

Read more about The Life Cycle Of A Spider

Most spiders especially those found in our houses are not dangerous neither are they harmful. The only deal with those is that people fear staying around them and with their scary appearance, they’re thought to be harmful. Spiders will bite you rarely and if they do, often is usually for defense as they feel threatened while others will run away and hide to keep off from you.

"Only 2 Australian spiders, the red back and the funnel web, pose a threat to human life. Medical treatment is usually not required for white tailed spider bites, although ice packs may relieve acute pain. Clinical experience appears to be limited with mouse spider bites, but funnel web spider antivenom could be useful in severe cases."

Spider bites from some species are harmless and even painless while bites from other spider species can be fatal and quite painful. Spider bites will have a characteristic local redness around the bitten area(s) which is quite itchy, painful with a reddened lump. There are a few symptoms you’ll experience from the spiders bites. You can try some home remedies but if the symptoms persist, visit the nearest health center for further treatment. First identify what spider species bit you and proceed to wash thoroughly with water and soap and add a few drops of disinfectant. Then either apply a cold ice pack on the wound or a warm cloth to soothe the itch as well as the swelling.

How To Get Rid Of Spiders

The most effective home remedies to get away spider for good are in below, if you can use these methods properly you will surely get rid of those irritated spiders.

How To Kill Spiders Naturally

Here is a product which is made with some natural ingredients. To know more about this click on below image